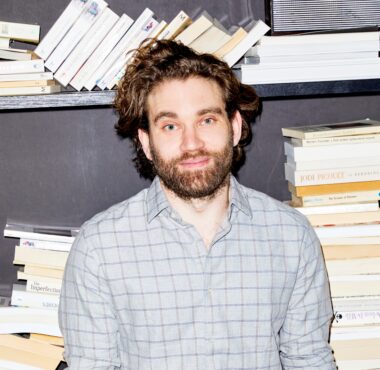 content“>
I’ve had a bit of a crush on Buck since my art school days and their relentless pursuit of creative excellence and collaborative, ego-free way of working has been an inspiration ever since… I couldn’t be more proud to be a part of bringing this to Amsterdam and create a home for all the incredible talent out here in Europe. It’s a bit of a dream job.
(Image at top from Buck’s “All in a Day’s Work” campaign for Mailchimp.)
The commercial studio Buck has opened a new office in Amsterdam. The European base adds to locations in Los Angeles, New York, and Sydney, allowing for what Buck calls ‘around-the-clock strategy, ideation, design, and delivery.’
content continue-column”>
Lammers is joined by executive producer Chance Woodward, previously of Mediamonks, Leo Burnett, and Crispin Porter Bogusky. Creative director Richard Gray returns to Europe from Buck’s Los Angeles office to lead the creative team together with Lammers.

Buck, which employs a global staff of around 300, works with many artists already based in Europe. Co-founder and co-CCO Ryan Honey says that opening a studio on the continent will serve as a home base for its European talent.
Buck is opening the new studio to build and expand relationships with European talent, brands, and creative partners. The studio mostly works in cg, but utilizes a wide range of styles and techniques for clients such as Coca-Cola, Apple, Nike, and Instagram.