content“>
Universal will release the film in theaters on December 22. This will make it one of few animated tentpoles to get a theatrical window in 2021.
Sing 2 reunites much of the voice cast from the 2016 original, including Matthew McConaughey, Reese Witherspoon, Scarlett Johansson, Nick Kroll, Taron Egerton, and Tori Kelly. Among the newcomers are Pharrell Williams, Letitia Wright, Eric Andre, and Chelsea Peretti. Garth Jennings returns to write and direct, with Illumination CEO Chris Meledandri and Janet Healy producing.
[embedded content]

The film follows the fates of the talented musicians managed by Buster Moon (who isn’t the only musical koala coming to our screens next month). Their ambition has grown this time: they want to make it in glamorous Redshore City. Watch the trailer below:

The second trailer for Illumination’s Sing 2 is out. It picks up where the first one left off: with a rousing chorus of U2’s “I Still Haven’t Found What I’m Looking For” and a few more glimpses of reclusive rock legend Clay Calloway, a lion voiced by Bono himself, who does in fact, by the trailer’s end, seem to have found what he’s looking for. 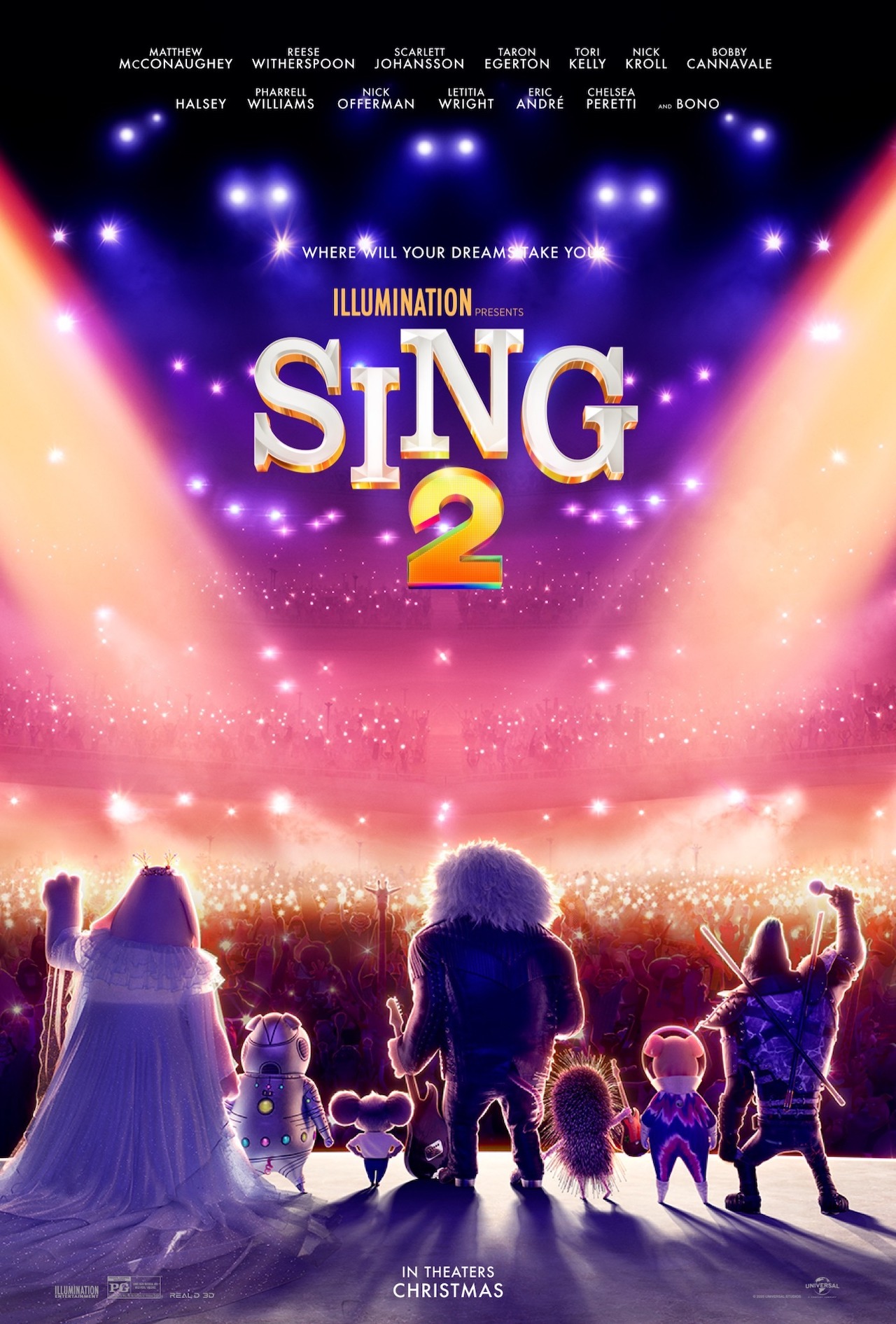