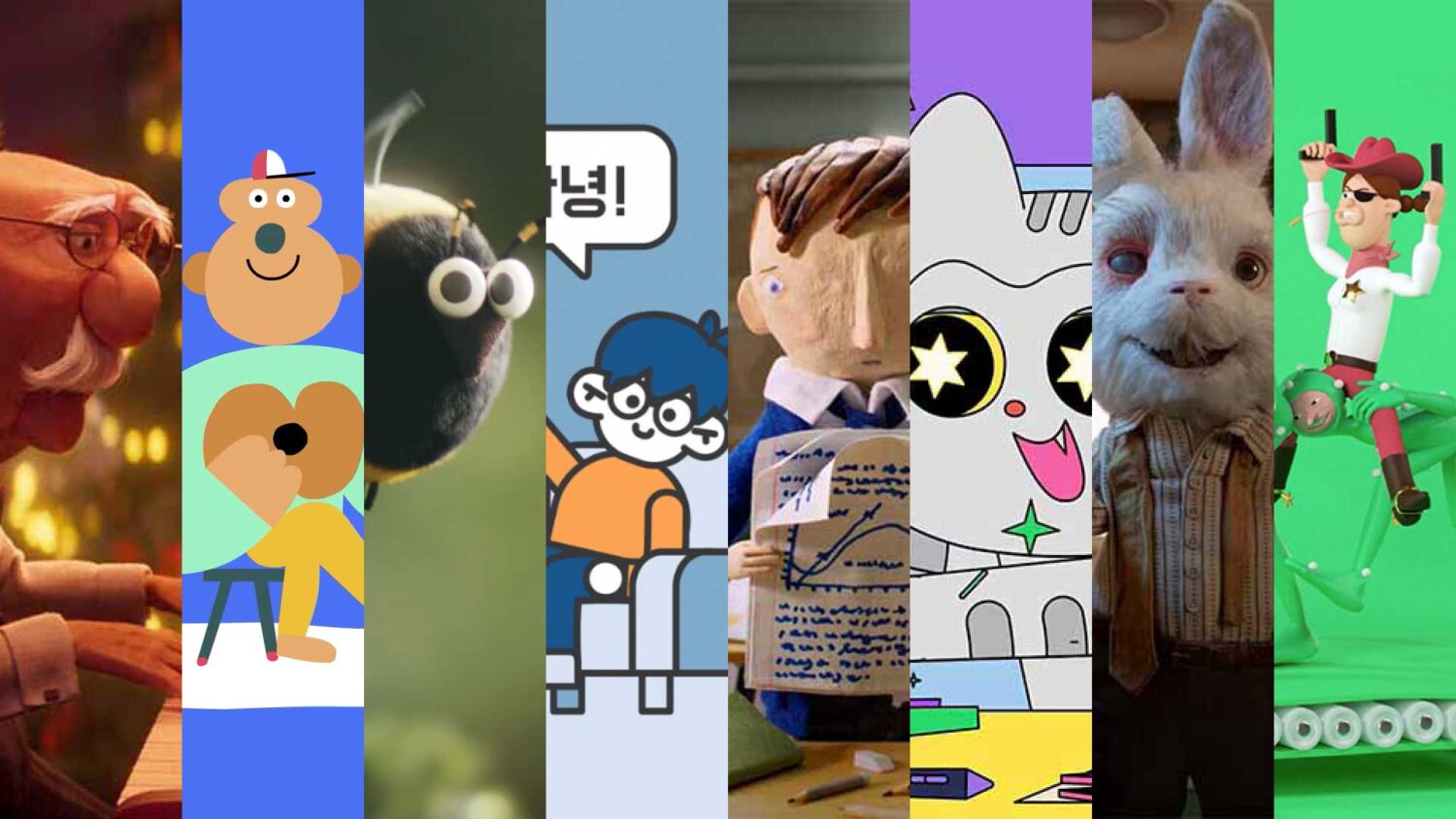 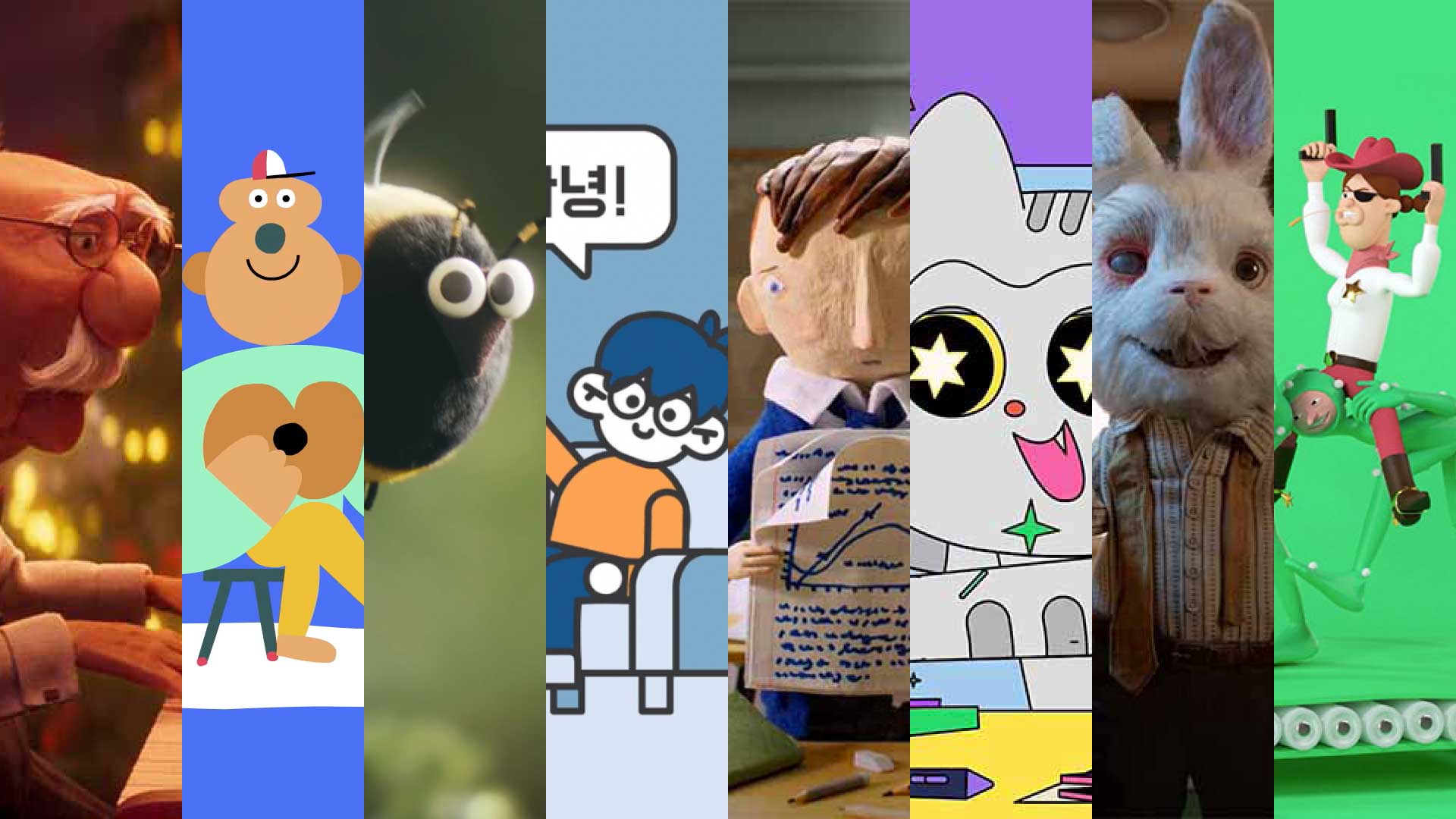 
[embedded content]
“The hardest and the most interesting part of the project was interpreting all the marketing contents as memes – such as students encountering difficulties when learning VFX, and Yan-K being the one who solves problems for them.”

If you need a reminder of just how energized, diverse, and engaging character design and animation were in 2021, take a quick peek at these eight projects, including brand videos, advertising, and short films.
DeeKay Kwon, director/animator in New York: “The main goal for this project was to make a creative process of an animator’s creative process and show the difficulties animators have when showing the work in public. “We’ve all been working remotely but this has freed us to team up with artists from across the globe who we’ve wanted to work with for years. We built a unique team, with members from Canada to Europe, who have come together to tell this incredible story.”

“MOTION VFX INTERMEDIATE COURSE”
STASH 148
[embedded content]
Russ Etheridge, director at Plank Studio in Brighton, UK: “We wanted to make a project to promote ourselves as a collective of 3D artists and directors, and also test out our workflow when we’re all working together on one idea CHILDLINE “NOBODY IS NORMAL”
STASH 145
[embedded content]
“The biggest technical challenge was animating After Effects within After Effects. Literally.”

Posted on Friday, December 24, 2021 · Leave a Comment  All films were published in The Stash Permanent Collection during 2021 and are listed here in chronological order by the date of publication.


(above)
ERSTE GROUP “#EDGARCHRISTMAS”
STASH 145
Dark humor, celebrity voices, and feature-quality stop-motion all merge into a forceful, emotional, and affecting message from the Humane Society International and their global campaign to ban animal testing for cosmetics.
“The characters were plucked from the pitch graveyard and we decided to write a song for them, channeling their (our) feelings of rejection and juxtaposing it with their (our) innate optimism.”

HUMANE SOCIETY “SAVE RALPH”
STASH 141 Shot during lockdown by American director/screenwriter Spencer Susser at Arch Film Studio in London, the spot features the voice of Ricky Gervais as the interviewer and Oscar-winner Taika Waititi as the voice of Ralph.

Justin Blyth, global head of creative at Ambassadors in Amsterdam: “ASN Bank is the Netherlands’ most sustainable bank, and for over four years has had an ongoing campaign ‘zo maakt geld gelukkig’ (‘so money can create happiness’) featuring CG animated woodland creatures.
[embedded content]
“THE PITCH SONG”
STASH 149 Percy Lin, Director at 27 Design in New Taipei City, Taiwan: “This is a campaign video with instructor Yan-K to promote the course he teaches in the motion Online Learning Platform made by 27 Design.
“It was pretty successful – design was probably the hardest area to stay consistent, we all pulled in different directions at first but then made design revisions that pulled everything in what we felt was the strongest direction.”
Conor Whelan, animator/art director (and songwriter) at Giant Ant in Vancouver: “Since this was an internal project where we were inspired to make something constructive with our loveable (but not lovable enough) characters from a failed pitch.