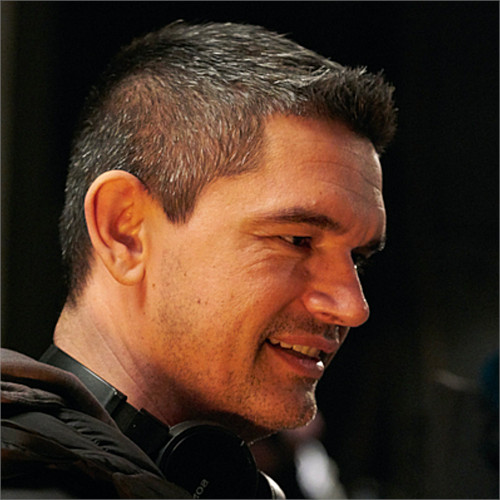 Have there been discussions among animation directors about this topic? Or possible action that can be taken to improve the situation?
What animation directors can do now is express their interest in being part of the DGA. Any change will have to come from the DGA as part of their bargaining agreement with signatory studios. Of course, I’m very interested in the current push for animation writers to get into the WGA as well. I hope that directors within the DGA will eventually do what I’m seeing with the WGA, which is voicing support for their fellow directors when the time comes. That will be a good roadmap for us to follow but these things take time. The DGA bargaining agreement is renewed every three years and next year is when it is renegotiated, so it’s likely too late for this round. I would be overjoyed if we could build support for this over the next few years and make it happen four years from now. One constant I’ve experienced in this business is that no one will hand you anything unless you’re willing to fight for it.
Clay Kaytis: I’ve directed animation (The Angry Birds Movie – non-union, and Snoopy Presents specials – under TAG) and live-action (The Christmas Chronicles and A Christmas Story Christmas – both under DGA) and saw how disparate guild representation is for directors between TAG and the DGA in terms of clout, respect, and residuals. I’ve thought for a while about how to get animation directors into the DGA and realized the first step is making people aware of the circumstances. I want to raise awareness with both feature animation directors and the DGA. Animation directors should know that despite directing films that make billions of dollars for multi-billion-dollar conglomerates, they don’t enjoy the same benefits and protections that live-action directors do. The DGA is an amazing guild that was created for directors, and it needs to know that if it only asked, it would have a flood of animation directors at its door who want the same benefits and protections it offers to all its live-action directors.
My stance comes down to this – it would take so much work for TAG to match what the DGA already does for directors. The DGA represents directors. Having directed both live-action and animation, I’m very comfortable saying that directing is directing, no matter the medium.
And have there been discussions with or within the DGA that you’re aware of?

Below, Kaytis discusses the key points he, among many other animation directors, would like to see addressed. We suggest that anyone interested in the topic also check out his extremely detailed Twitter thread, linked here.
Have there been discussions with or within TAG that you’re aware of?
Cartoon Brew: What compelled you to speak out about these conditions?
Animation worker rights and guild coverage have been among the most talked about issues in the industry for months now, but most conversations have focused on artists, production workers, and writers.
Kaytis’ thread brought up more than a few significant talking points that haven’t been adequately addressed in the ongoing dialogue, so we reached out and asked him to expand on his experiences working in both animation and live action, and to see if he has any suggestions as to what animation feature directors can do to be represented on par with their live-action counterparts.
I don’t expect people to parse through my tweetstorm about this, so I’ll boil it down. There is no category under TAG for Feature Animation Directors. I didn’t believe that at first so I called TAG a couple of times over the past few years to make sure, and the people I spoke to confirmed it. I am aware that feature directors are not completely out in the cold with TAG. There is a workaround to bill “Production Board” hours so that we can bank hours for health insurance and pension. I have never been completely clear on what exactly “Production Board” means, and I think TAG can explain that better. I used this workaround recently on the Snoopy Presents specials I directed. I allocated 20 hours a week to “Production Board” to earn the required 400 hours to get health insurance, pension contributions, and membership through TAG. I’m grateful for this, but it pales in comparison to what live-action directors get with the DGA.
I’m fortunate to be a DGA member because of my live-action films. I talked with someone there who confirmed what I had heard about the DGA’s 1997 movement to bring in animation directors. I’ve also shared my letter with them. That’s as far as it has gone. This is the moment to make people aware and gauge interest, and it appears that everyone I talk to would like this to happen.
In 1997, the DGA invited animation directors to discuss their inclusion in its ranks. From what I have heard from directors who were there at the time, it was quashed by the major animation studios and fizzled right there. That was 25 years ago. I’d like to see this become a reality while I’m still directing, or at least for the next generation of directors and every generation after that.
Do you have any personal opinions about what needs to be done to get these important protections extended to animation directors?
I’ve talked about this for years with a handful of directors and I’ve seen tweets from other directors about wanting to be in the DGA, so I recently sent a letter to every animation director I know outlining what I experienced directing DGA-covered films. The response has been overwhelmingly positive, especially from directors who have done both live-action and animation because they know too. None of these directors has expressed a different experience or offered any corrections on what I’ve found, and many have shared it with more animation directors, nearly a hundred in all.
Clay Kaytis, director of The Angry Birds Movie, The Christmas Chronicles, a pair of Snoopy specials, and the upcoming A Christmas Story Christmas, recently took to Twitter to discuss the differences in how animation and live-action feature directors are covered by The Animation Guild (TAG) and the Directors Guild of America (DGA) respectively.
After seeing my tweets, TAG asked me to contact them for clarity. I emailed but haven’t heard back. I’m not aware of any changes in the works. They do have the “Production Board” workaround I mentioned, but I think there’s some restriction about directors being considered management because they can hire and fire people, and that puts directors out of TAG’s scope since TAG doesn’t cover management. I don’t know how this doesn’t apply to other artistic positions that TAG covers that have similar hiring and firing powers, but they could probably explain it better than I could.