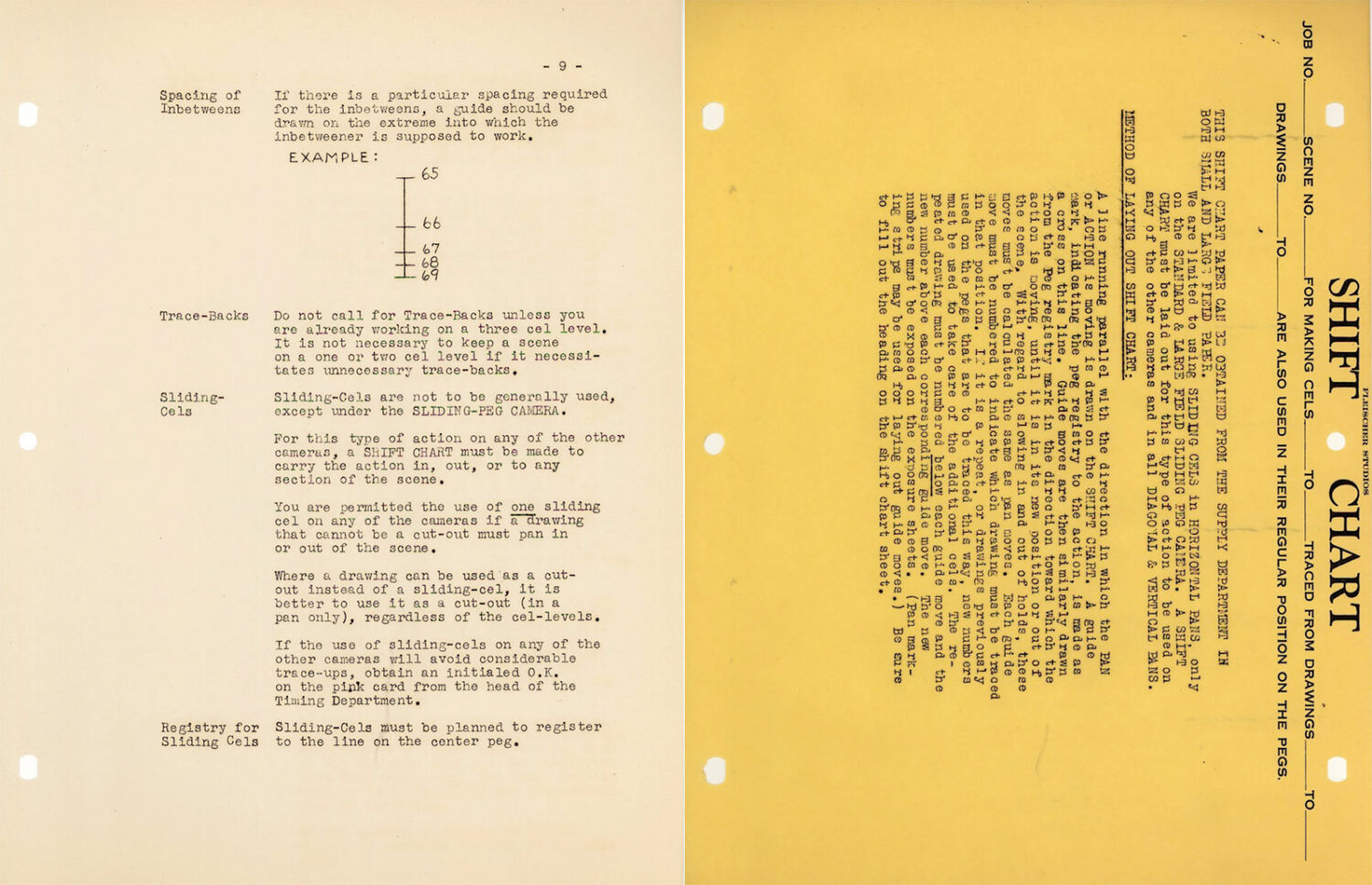 Ironically this document outlived the Fleischer studio itself, which was taken over by Paramount Pictures and renamed Famous Studios in 1942. Not only did Famous continue using this guide, so did other New York animation studios, according to historian Mark Langer:
While much has changed technically since that time, it’s remarkable how much of 2d animation production has remained the same.
It’s also interesting how some essential aspects of production, such as timing actions to a predetermined beats, have largely fallen by the wayside. Sometimes, when contemporary productions attempt to replicate the Fleischer style, they feel a bit “off,” and much of that has to do with how the animation is timed.
Here’s the studio’s internal production reference guide from 1940, available to download for free from Archive.org. It’s a hugely valuable document that offers a detailed look at how animation was produced eighty years ago.
Ever wondered how Fleischer Studios produced Betty Boop and Popeye cartoons during the 1930s?

“… the Standard Production Reference later became a guide by which other animation companies were organized or by which they regularized production….. For at least thirty seven years after the demise of the Fleischer Studios, ‘The Bible’ was the most commonly used reference work within New York animation studios.” 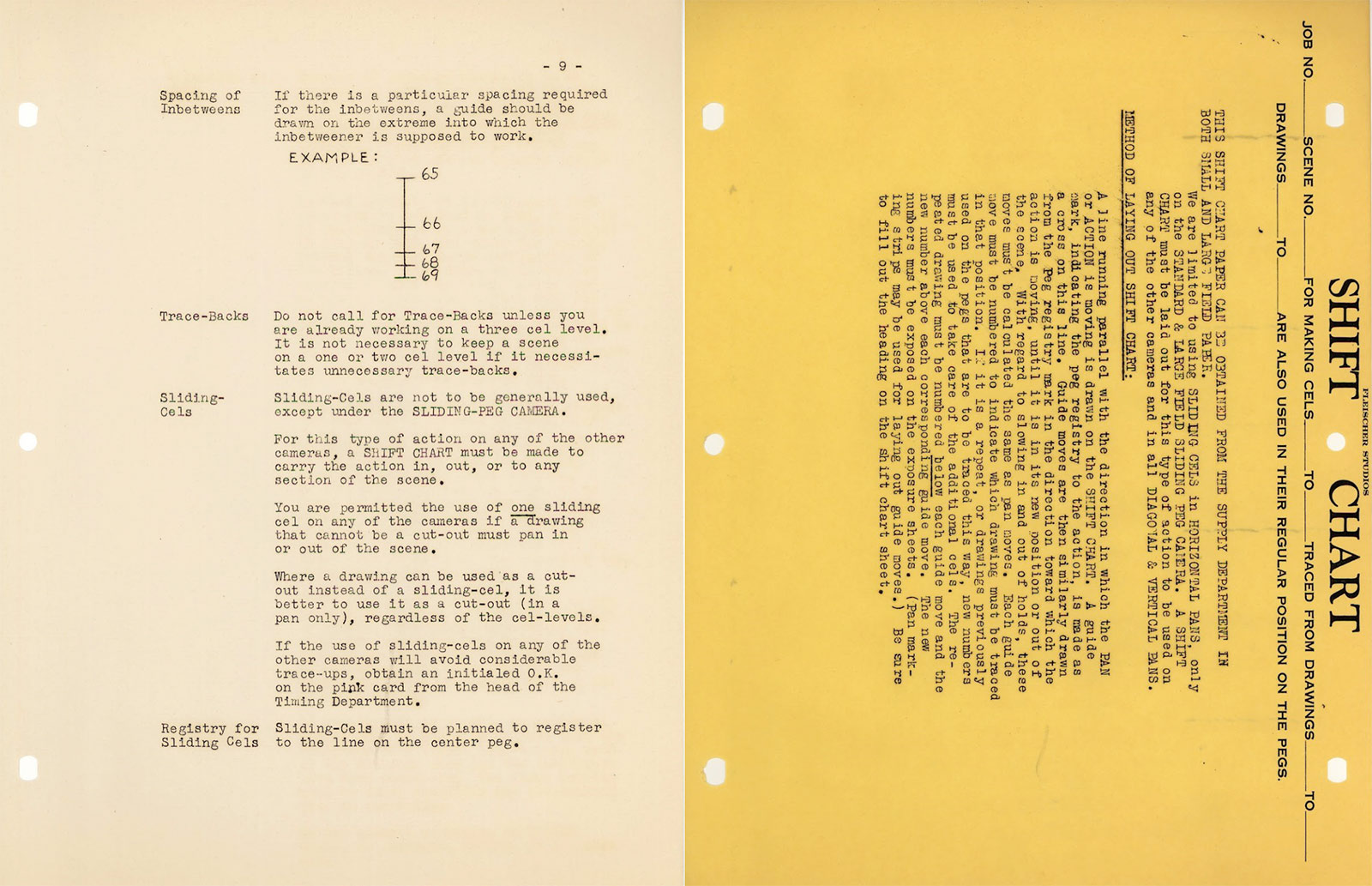 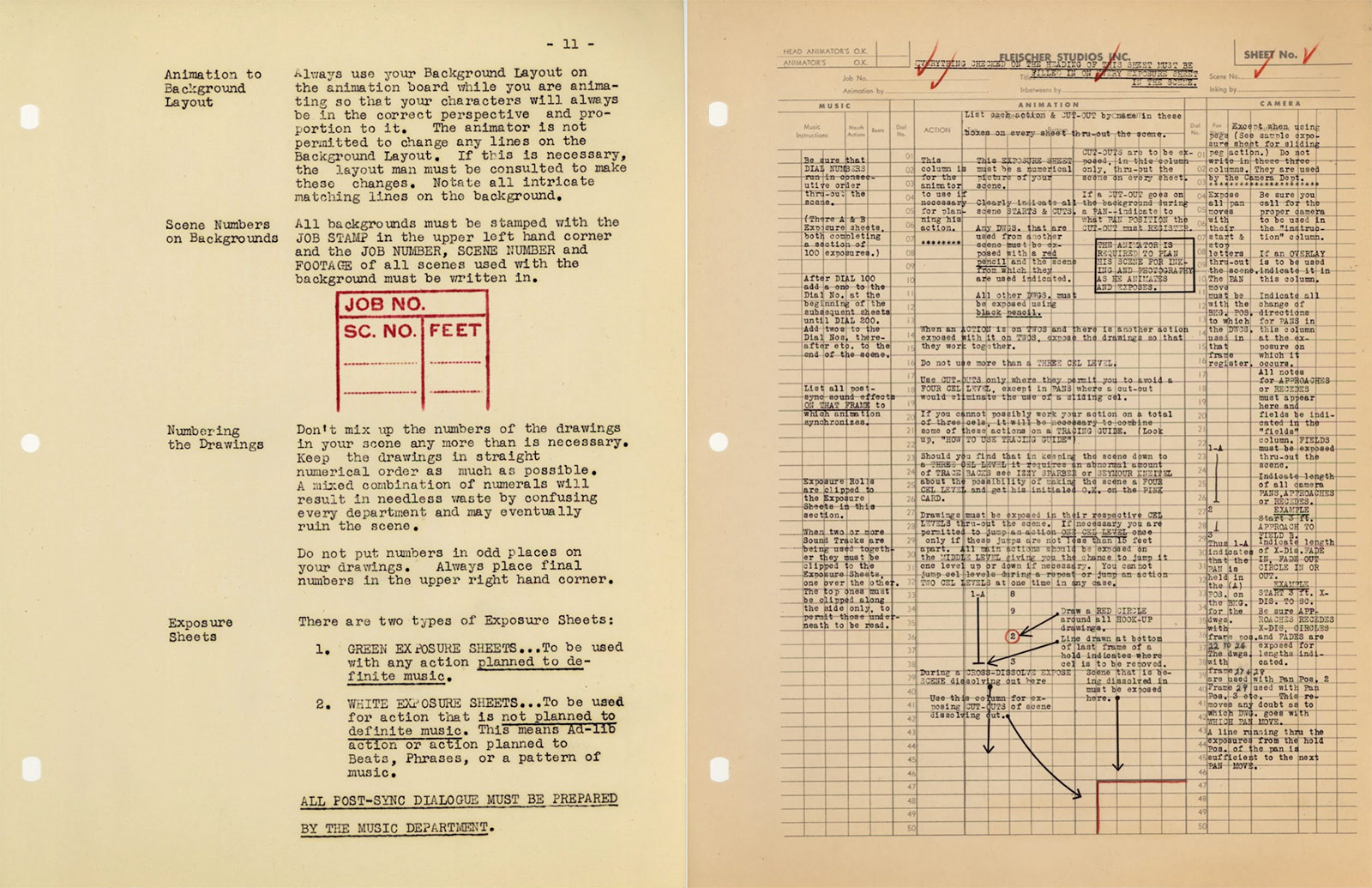 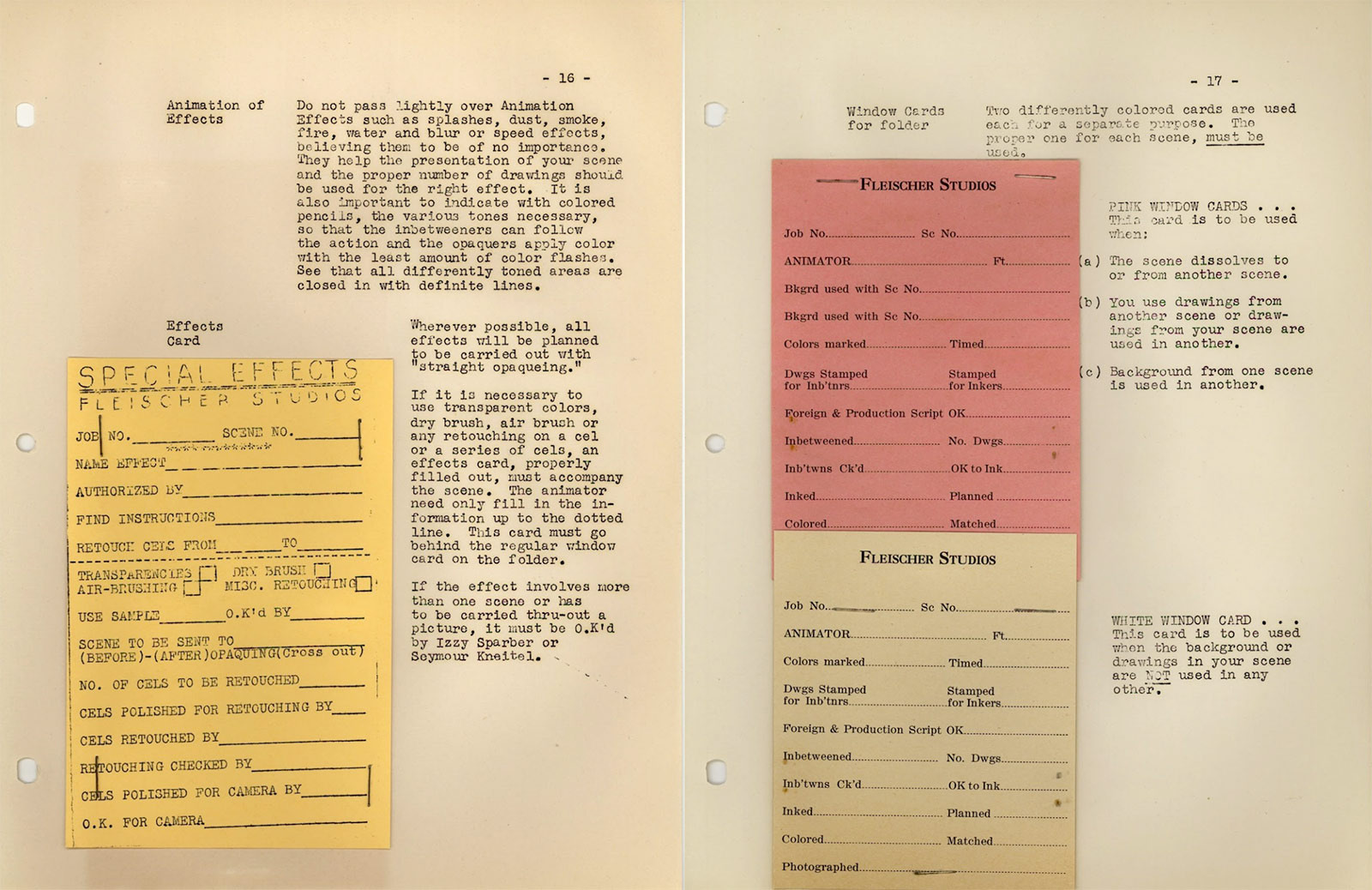 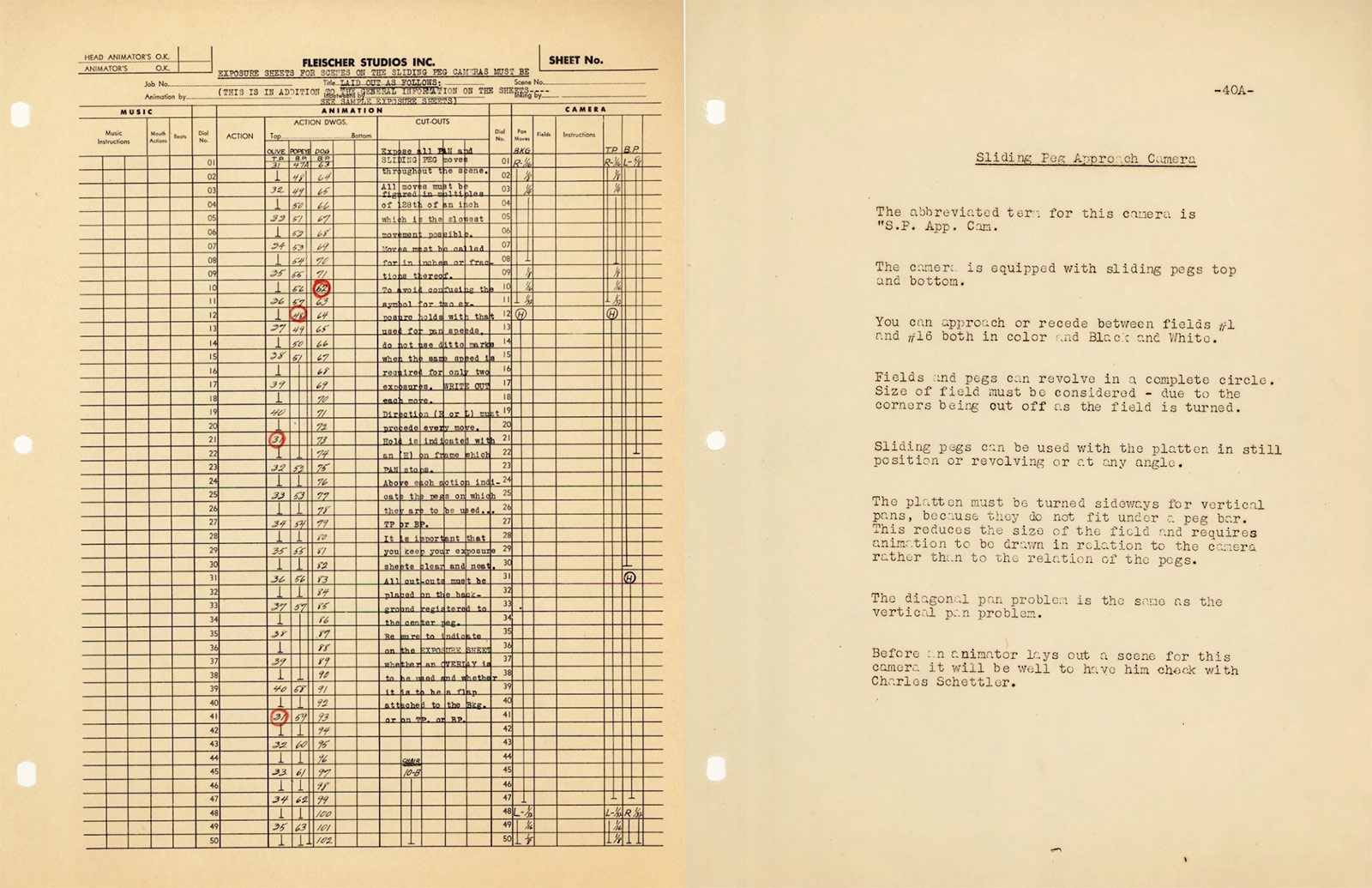 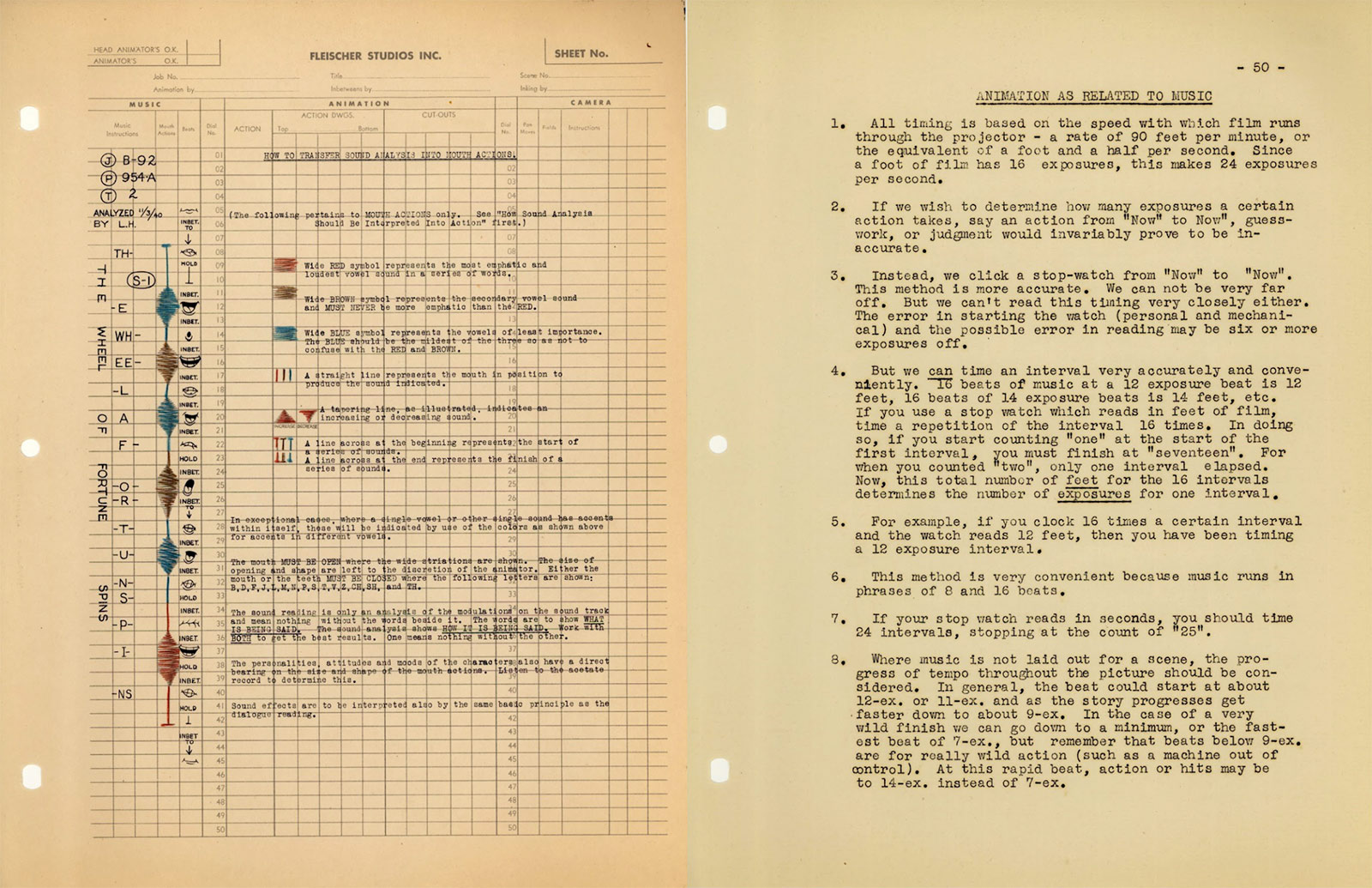