Fortunately for me, Jeffrey learned the ropes of animation writing at Hanna-Barbera—and learned them fast! Within six months he was made full story editor on Super Friends, which became one of the most successful action series we had ever produced. So successful was Jeffrey’s first story-editing assignment that ABC ordered an additional thirty-two half-hours of the series, a record at that time. Remarkably, Jeffrey didn’t just edit these scripts, he wrote them all! Over the next three seasons he wrote nearly a hundred more! And that was just Super Friends. He continued his high-quality, high-production output on Captain Caveman, Trollkins, Pac-Man, and Wake, Rattle & Roll, writing over 200 scripts for H-B, more than any other writer in the history of the studio. ©Jeffrey Scott, All Rights Reserved — www.JeffreyScott.tv
Unfortunately, we quickly discovered that there was even less money for TV animation than theatrical. So we had to find a way to drastically cut our budgets. This forced us to come up with what we called “limited animation,” a concept that turned the classical structure on its head, creating cartoons with more dialogue and less action. Though we used fewer and simpler drawings, by timing the action correctly we were able to create cartoons that were just as funny as those produced in full animation.
And if you want to become one, you have to read this book!
Luckily for Bill and me, we had more than good animation timing—our timing was perfect to get into TV. Movie audiences were no longer enraptured by the beauty of full animation. Pretty pictures alone weren’t enough to keep them interested. In television animation, the most important elements were clever gags, funny dialogue, and good stories.

Anyone who loves movies and television knows the importance of a good script. Though today this is equally true in animation, it wasn’t always the case. I should know, because H-B was responsible for developing the current script writing process for TV cartoons.
So if you want to become an animation writer, just turn the page and get ready to Yabba Dabba Do It!
Joseph Barbera
Co-Chairman, Founder
Hanna-Barbera Cartoons, Inc.
With How to Write for Animation, Jeffrey has cut a clear path that will take aspiring animation writers from their first confrontation with the dreaded “blank page,” past the dangers of falling anvils, all the way through to a confident understanding of how to write for animation. Jeffrey has done a masterful job of condensing twenty-five years of experience into an easy-to-read, step-by-step journey through the cartoon writing process.
ONCE IN A WHILE you meet a person who is so hard-working and dedicated to his craft that his work stands above the rest. Less often you meet such a person who is also willing to take the time to cut a trail so that others can follow in the footsteps of his success. Such a man is Jeffrey Scott.
If you’re new to cartoon writing, this book will give you the tools you need to come up with clever ideas, flesh them out into well-structured stories, develop interesting characters, and transform it all into professional quality scripts. In it you’ll find valuable secrets that will help you create your own series and show you how to sell it. But this book isn’t just for the novice. If you’re already an animation writer there are plenty of helpful tips and tricks gleaned from knowledge that can only be acquired after writing a staggering six hundred scripts for virtually every kind of animation.
That’s when we realized we needed scripts. Lots of them!
When Bill Hanna and I were doing Tom & Jerry for MGM, like Disney and other studios, we never had scripts. Instead, we’d come up with a notion, then brainstorm gags with our artists, stringing them together to make a cartoon. At that time, animation relied much more on action and far less on dialogue. But animated action was getting more and more expensive, and by 1958, MGM stopped production of Tom & Jerry. So Bill and I decided to try our luck in television.
And that’s why today’s animation market is story driven. Whether full-length animated feature, prime-time animated sitcom, or Saturday morning cartoon, it all begins with the script. A producer can no longer rely solely on artists. He has to have someone who understands story structure, character development, and dialogue. In other words, he has to have a cartoon writer.
I can tell you from personal experience that to really succeed in this business you need to create your own style and fight for your ideas. But first you need to learn the fundamentals of your craft and learn them well. And that’s exactly what this book will teach you. 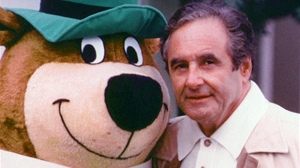